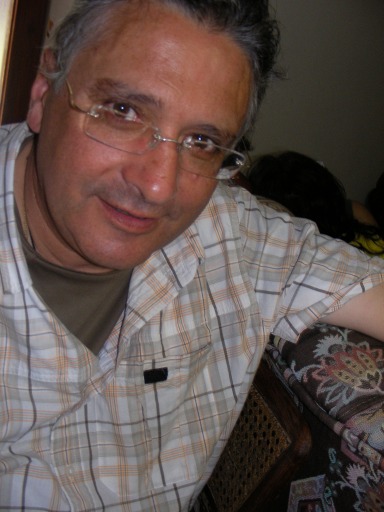 Andrés J. Pena Graña/ André Pena, MA, Ph.D. in Ancient History and Archaeology, is the Dean of the Galician Institute for Celtic Studies and the Historian, Archaeologist and Archivist of the City of Narón, north west Galicia.

Andre Pena’s research is mainly focused on Atlantic-Celtic archaeology (Cerimonias Celtas de Entronización Real ) and ethnography ( Casa Castrexa con Banco Corrido) ,and continuity of cultural history in Galicia from the Iron Age until today ( Historia de Narón III ). His research on “Celtic Institutions and Organisation in the Political Territories [Treba] of Gallaecia” (Celtic Gallaecia and Celtic Universal Law) is one of the most groundbreaking and influential works in Galician historical studies.

As the Historian, Archaeologist and Archivist of the City of Narón he has published the series of regional studies “A Concise History of the City and Shire of Narón” (three volumes) [Historia de Narón Vol. I] which span from the Stone Age to the 20th century. Such an in-depth historical study focusing on a single county had not been made in Galicia since the 1930s.

As an archaeologist he has directed several regional-funded projects such as “Saints & Stone Rafts – The Pilgrimage Way to San Andrés San Andrés de Teixido and the development of Monte do Seixo Heritage Park. He is also interested in industrial archaeology and has published a comprehensive research on industrial milling in Xuvia (Narón) Reais Fábricas de Narón en tempos da Ilustración  and its maritime trade relations with northern Europe.

André Pena gives conferences and talks regularly at the three Galician universities, and is often invited to participate in Galician and international congresses on Celtic issues. He has been the Coordinator, Secretary of the Organising Committee and member of the Scientific Committee at the three International Congresses on Celtic Culture “Os Celtas da Europa Atlântica” held in Ferrol in 1997 and 1998, and in Narón in 2011. He is also regularly invited to publish articles and contributions on specialised publications. In 2006 he was called in to advise on Galicia’s Celtic heritage for “The Celtic Realms” story published by the National Geographic magazine.